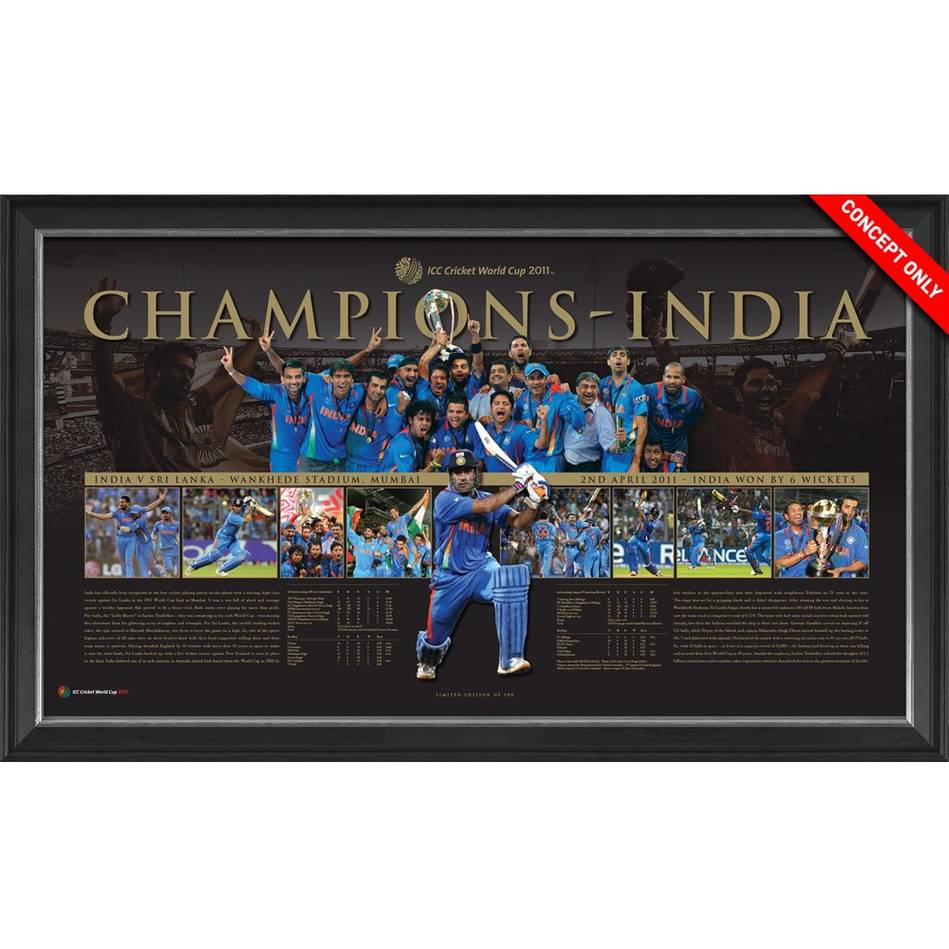 On the World's biggest stage in 2011, Indian captain Mahendra Singh Dhoni took a calculated gamble for the 2011 CWC Final in Mumbai - with both team selection and with his place in the batting order. History tells us two things… it paid off in spades, and created a legend. After elevating himself to third-drop, the 29-year-old skipper scored an unbeaten 91 off just 79 balls, including eight fours and two sixes. Most memorable for the billions tuning in, surely, was the towering blow over the long-on boundary to secure the World Cup. India were champions, with 10 balls to spare.

*Please note: As all products are shipped from Australia, any duties and taxes incurred remain the sole responsibility of the purchaser.