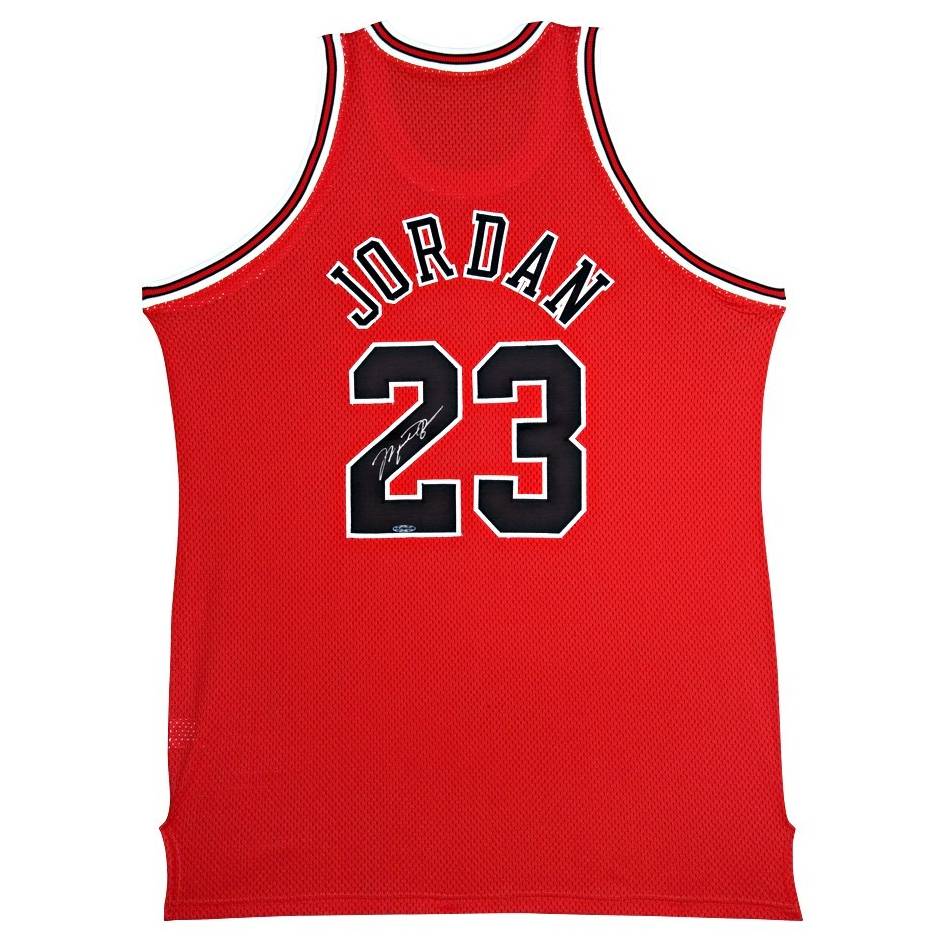 It's hard to believe Michael Jordan's final season with the Chicago Bulls was so long ago, but the memories of M.J.'s exciting game continue on. This beautiful Michael Jordan signed Chicago Bulls away jersey (circa 1997-98) instantly brings to mind the image of M.J. hitting that momentous shot to beat Utah in Game 6 of the 1998 NBA Finals, along with the numerous other clutch shots he hit during his decorated career. We have yet to see anyone eclipse M.J.'s contribution to the game - it's doubtful we ever will.