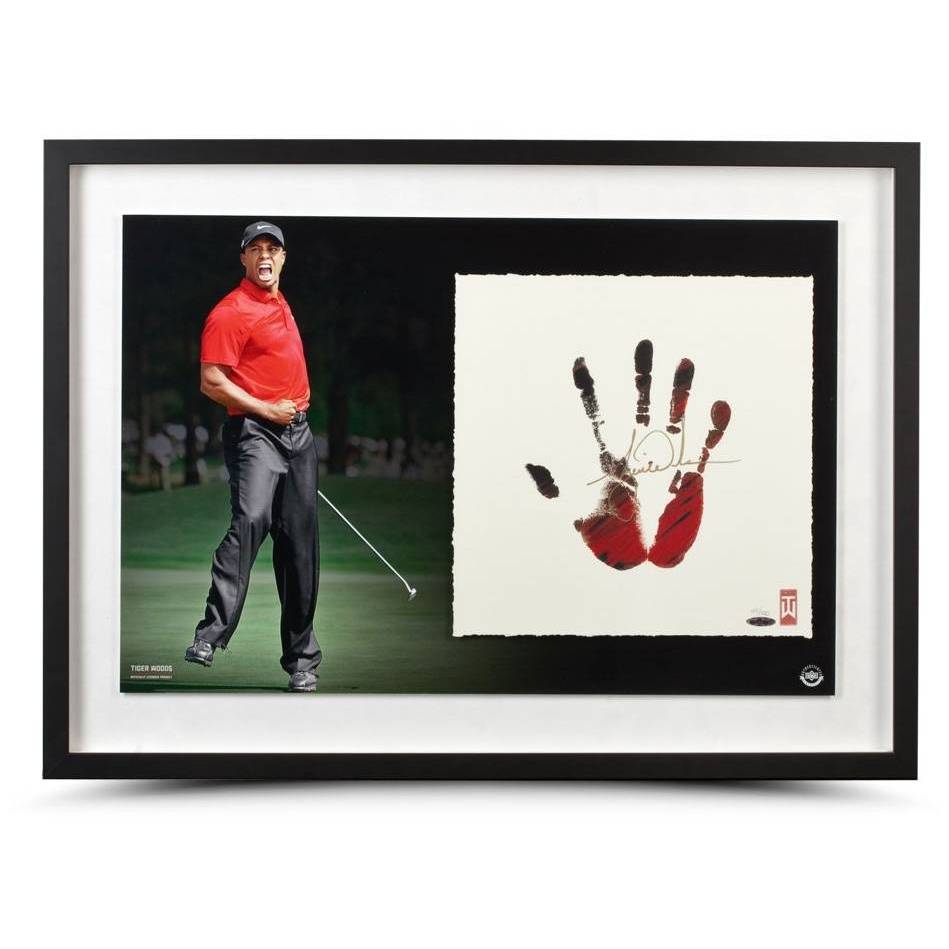 Since turning professional in 1996, Tiger Woods became the biggest name in the sport and has won more tournament and majors than any active player on tour. He ascended to the world’s number one ranking and held it for many years. This 16” x 24” celebratory fist pump image is accompanied to the right by Tiger’s signed lithograph “Tegata” hand print.